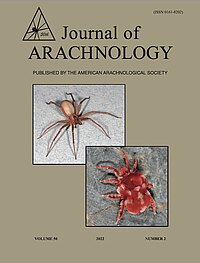 Spiders feeding on vertebrates is more common and widespread than previously thought, geographically and taxonomically

According to a recent global literature survey, a total of 39 out of the 129 known spider families (∼30%) contain species capable of capturing vertebrate prey. The finding that the percentage of spider families engaged in vertebrate predation is so high is novel. Two groups of vertebrate-eating spiders are distinguished: “habitual vertebrate-eaters” vs. “occasional vertebrate-eaters”. The habitual vertebrate-eaters comprise ten spider families (Araneidae, Atracidae, Ctenidae, Lycosidae, Nephilidae, Pisauridae, Theraphosidae, Theridiidae, Trechaleidae, and Sparassidae) to which can be attributed 91% of all reported vertebrate predation incidents. The habitual vertebrate-eaters have evolved prey-capture adaptations such as (1) sufficient physical strength coupled with large body size, (2) the use of potent venoms, and (3) the use of highly efficient prey-catching webs. By contrast, unexpected feeding on vertebrates by the occasional vertebrate-eaters (i.e., Actinopodidae, Agelenidae, Amaurobiidae, Anyphaenidae, Barychelidae, Clubionidae, Corinnidae, Ctenizidae, Cyrtaucheniidae, Deinopidae, Desidae, Dipluridae, Eresidae, Filistatidae, Gnaphosidae, Haplonoproctidae, Linyphiidae, Liocranidae, Miturgidae, Oxyopidae, Pholcidae, Porrhothelidae, Salticidae, Selenopidae, Sicariidae, Sparassidae, Tetragnathidae, and Thomisidae) might be considered as chance events that took place when a tiny vertebrate crossed the path of an opportunistic spider. For a few families (e.g., Idiopidae) their status as habitual or occasional vertebrate predators is still unclear. In conclusion, our survey unveiled a large number of spider taxa previously not anticipated to feed on vertebrate prey. These findings improve our general understanding of spider feeding ecology and provide a first assessment of the significance of vertebrate prey as a food source for spiders.

The pseudotyrannochthoniid genus Centrochthonius Beier, 1931 is one of the rarest and most poorly understood pseudoscorpion genera in the world. Only a handful of specimens are presently known, all from high-altitude habitats in China, Kyrgyzstan and Nepal. The inaccessibility of specimens has resulted in major taxonomic difficulties such as a poor generic diagnosis, but also a lack of understanding of evolutionary patterns in this psychrophilic fauna. Herein we diagnose Centrochthonius for the first time since its original description and include four Holocene species: one from Kyrgyzstan, two from China, and C. anatonus sp. nov. from Nepal. A fifth fossil species from Bitterfeld amber (Oligocene-Miocene) in central Europe highlights significant range retraction and continental extinction in this genus since the Neogene, leading us to suggest a climatic relict hypothesis for this fauna. Biogeographically, the genus provides further evidence for significant range shifts and extinction events in the Holarctic invertebrate biota during the Cenozoic. Close relatives of Centrochthonius are found in subterranean habitats throughout eastern Asia and warm temperate forests in the western U.S.A. which highlights the magnitude of range retraction caused by climatic cycling in an ancient fauna since at least the Paleogene. The subgenus Allochthonius (Urochthonius) Morikawa, 1954 from caves in Japan has been largely defined by the presence of troglomorphic features such as eye loss, which are here regarded as insufficient to retain as a separate clade from other species of Allochthonius. Therefore, Allochthonius (Urochthonius) is treated as a junior synonym of Allochthonius (syn. nov.).

Giant velvet mites, the largest living mites, are a familiar sight when they are present above ground, usually after the first summer rains, in warm arid areas. Despite their often-conspicuous presence in enormous numbers, little is known about their basic biology, life history strategies, or predators. The emergence of Dinothrombium magnificum (LeConte, 1852) in southern Arizona, USA usually occurs after the first summer rain that exceeds 1 cm. Of the 17 species of vertebrate predators offered velvet mites, only those that quickly engulf their prey intact (horned lizards and toads) successfully preyed upon the mites. Even those ate only one or few before rejecting subsequent mites. Of the 12 species of insect predators and 11 species of other arthropod predators offered mites, only the larvae of antlions were possibly meaningful predators. Nevertheless, antlion larvae only rarely succeeded in puncturing the rubbery integument of a mite and killing it. When sampled by an author, a velvet mite produced an exceedingly bitter, astringent, and spicy taste that endured in the mouth for about an hour. Overall, velvet mites appear to have no meaningful predators, likely because of their enormous suite of highly effective defensives: red aposematic coloration, aposematic odor, a tough puncture-resistant integument, unpleasant tasting chemicals on the integument, and exceedingly distasteful internal compounds.

Spider webs in general and orb webs in particular are delicate, ephemeral structures that are frequently damaged in nature. Some orb weavers respond to damage by quickly “shoring up” their webs with non-sticky dragline silk. This study of how Micrathena duodecimspinosa (O. Pickard-Cambridge, 1890) shores up damaged frame lines shows that repairs were largely based on a single, repeated pattern of attachments. These movements are shared with the distantly related family Pholcidae, suggesting a possibly ancient origin. Spiders tended to initiate repairs at the lower edge of a damaged sector, probably to reduce the damage produced when the spider's own weight caused sticky lines in slack portions of the web to sag into and adhere to each other. Repairs of lateral frames recuperated capture area more successfully than did those of upper frames, probably because damage caused by the spider's own weight during repair was reduced.

Rhaucoides Roewer, 1912 is herein revisited and re-diagnosed based on somatic and genital morphology, including the differences of both expanded and unexpanded glans complex shown for the first time in Cosmetidae. The genus is characterized mainly by abdominal ornamentation, coloration and by having the two basalmost tarsomeres of leg I fused. The genus Cumbalia Roewer, 1963 is newly considered a junior synonym of Rhaucoides. The species Cumbalia octomaculata Roewer, 1963, Rhaucoides festae Roewer 1925 and Rhaucoides sulfureus Mello-Leitão 1939 are considered junior subjective synonyms of Rhaucoides riveti Roewer, 1919. Erginus devillei Simon 1879 (currently in Metarhaucus) is transferred to Rhaucoides, resulting in Rhaucoides devillei (Simon 1879), comb. nov. Rhaucoides atahualpa sp. nov. and Rhaucoides nasa sp. nov. are described from Ecuador and Colombia, respectively. Comments about the genital and tarsal morphology in Cosmetidae are provided. A map with the known distribution of the genus, in the Andes of southern Colombia and northern Ecuador, is given. Finally, emended diagnoses are provided for the genera Rhauculus Roewer, 1927 and Reimoserius Roewer 1947. After the type species of Metarhaucus Pickard-Cambridge, 1905 was transferred to Rhaucus Simon, 1879, a few species remained without formal generic allocation. All of those are herein combined either with Rhaucoides (1 species), Rhauculus (5 species) or Reimoserius (1 species).

Two new species of pelican spiders (family Archaeidae) are described from rainforest habitats in south-eastern Queensland, Australia – Austrarchaea davidi Rix, sp. nov. and A. laidlawae Rix, sp. nov. – and the female of A. clyneae Rix & Harvey, 2011 is described for the first time. Phylogenetic analysis of a mitochondrial molecular dataset for the genes cytochrome c oxidase subunits I and II reveals that these two new species are the closest relatives of A. judyae Rix & Harvey, 2011 and A. clyneae, respectively, with mitochondrial sequencing also used to identify newly-collected specimens of Austrarchaea from populations throughout south-eastern Queensland. These recent collections were largely made during dedicated survey work conducted after the devastating 2019–20 summer bushfires in eastern Australia. We further provide a synopsis of the archaeid fauna of south-eastern Queensland, which is comprised of 11 species in two monophyletic regional-endemic clades. A revised key to species is presented for both clades, along with updated distributional information, and live habitus images for nine of the 11 species.

Sociality in spiders has evolved independently multiple times, resulting in convergently evolved cooperative breeding and prey capture. In all social spiders, prey is captured by only a subset of group members and then shared with other, non-attacking group members. However, spiders' propensity to attack prey may differ among species due to species-specific trade-offs between risks, costs and benefits of prey capture involvement. We explored whether engagement in prey attack differs among three social Stegodyphus species, using orthopteran prey, and found substantial differences. Stegodyphus mimosarum Pavesi, 1883 had a low prey acceptance rate, was slow to attack prey, and engaged very few spiders in prey attack. In S. sarasinorum Karsch, 1892, prey acceptance was high, independently of prey size, but more spiders attacked when prey was small. While medium-sized prey had higher acceptance rate in S. dumicola Pocock, 1898, indicating a preference, the number of attackers was not affected by prey size. Our results suggest that the three species may have different cooperative prey capture strategies. In S. mimosarum and S. dumicola, whose geographical ranges overlap, these strategies may represent niche specialization, depending on whether their respective cautious and choosy approaches extend to other prey types than orthopterans, while S. sarasinorum may have a more opportunistic approach. We discuss factors that can affect social spiders' foraging strategy, such as prey availability, predation pressure, and efficiency of the communal web to ensnare prey. Future studies are required to investigate to which extent species-specific cooperative foraging strategies are shaped by ontogeny, group size, and plastic responses to environmental factors.

The spider Myrmecicultor chihuahuensis Ramírez, Grismado & Ubick (Myrmecicultoridae) was described in 2019 and hypothesized to be a myrmecophile, living inside the nests of Novomessor (Myrmicinae) and perhaps also Pogonomyrmex (Myrmicinae) ants. To test the hypothesis that M. chihuahuensis are chemical mimics of their host ants, we carried out behavioral bioassays to observe interactions between the spiders and the host ants. We compared the cuticular hydrocarbon (CHC) profiles of the spiders and the ants. We discovered that this new species of spider is a myrmecophage, displaying hunting strategies similar to other myrmecophagous spiders, particularly those in the genus Zodarion Walckenaer, 1826 (Zodariidae). The CHC profile of M. chihuahuensis did not match the profile of the ants with which it associates, Novomessor albisetosus (Mayr), but ants and spider shared several compounds, potentially involved in species recognition.